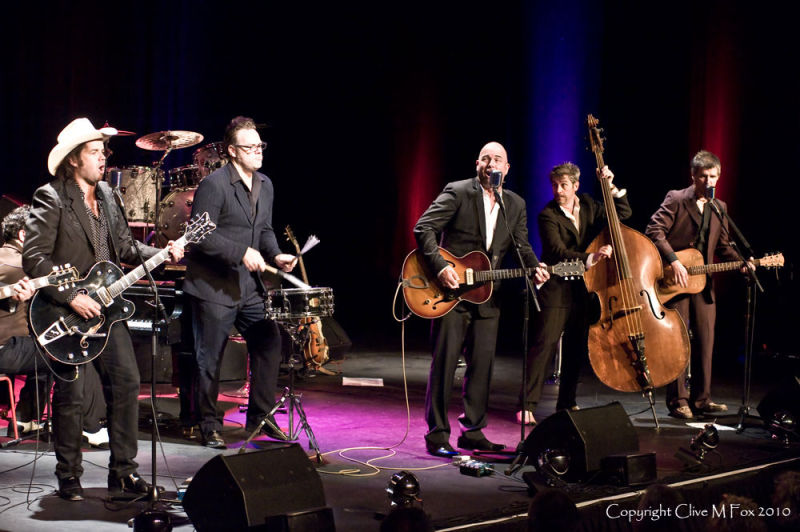 Thanks for taking such wonderful images of the rehersals and "The Ultimate Rock N Roll Jam Session" 50's Gala night in Brisbane, they are just fantastic.

Since the show has opened in Brisbane, lesser known star Ezra Lee has been making waves, causing a ruckus on the piano that would make Jerry Lee Lewis proud.

Here is what producer Simon Myers had to say -

“after just 4 shows Ezra, our own Jerry Lee Lewis, has already been barred from playing the grand piano we hired. In fact the hirers have confiscated back the piano and the producer (me) has been told to pay for damages. This has probably got to do with the fact that like The Killer, the piano was played with every part of Ezra's body, including his shoes, was sat on stood on and generally abused”

Brisbane’s Twelfth Night theatre have come to the rescue with their trusty house upright piano which Ezra manages to clamber over, leaving no audiences disappointed. Meanwhile, all grand pianos in Melbourne and Sydney (where the show continues to after Brisbane) are on standby...

It was an ordinary day in December, 1956, in Sun Studios Tennessee, when four musical legends had a chance meeting that later influenced the entire musical world. On this day Elvis Presley, Jerry Lee Lewis, Carl Perkins, and Johnny Cash recorded together for the first and last time.
The four musicians spent hours playing music, competing with each other, comparing riffs and making a beautiful racket that was some of the best music you’ll ever hear.

Featuring James Blundell, special guests Nick Barker, Dave Larkin, introducing Ezra Lee and The Sun Studio Trio. The Ultimate Jam Session tells the remarkable story of this day and the musicians who made it unique. It went down in history as ‘The Day the Music Lived’. Songs include: Ghost Riders In The Sky, Blue Suede Shoes, Heartbreak Hotel, Great Balls Of Fire, Folsom Prison Blues, See You Later Alligator and many more hits....